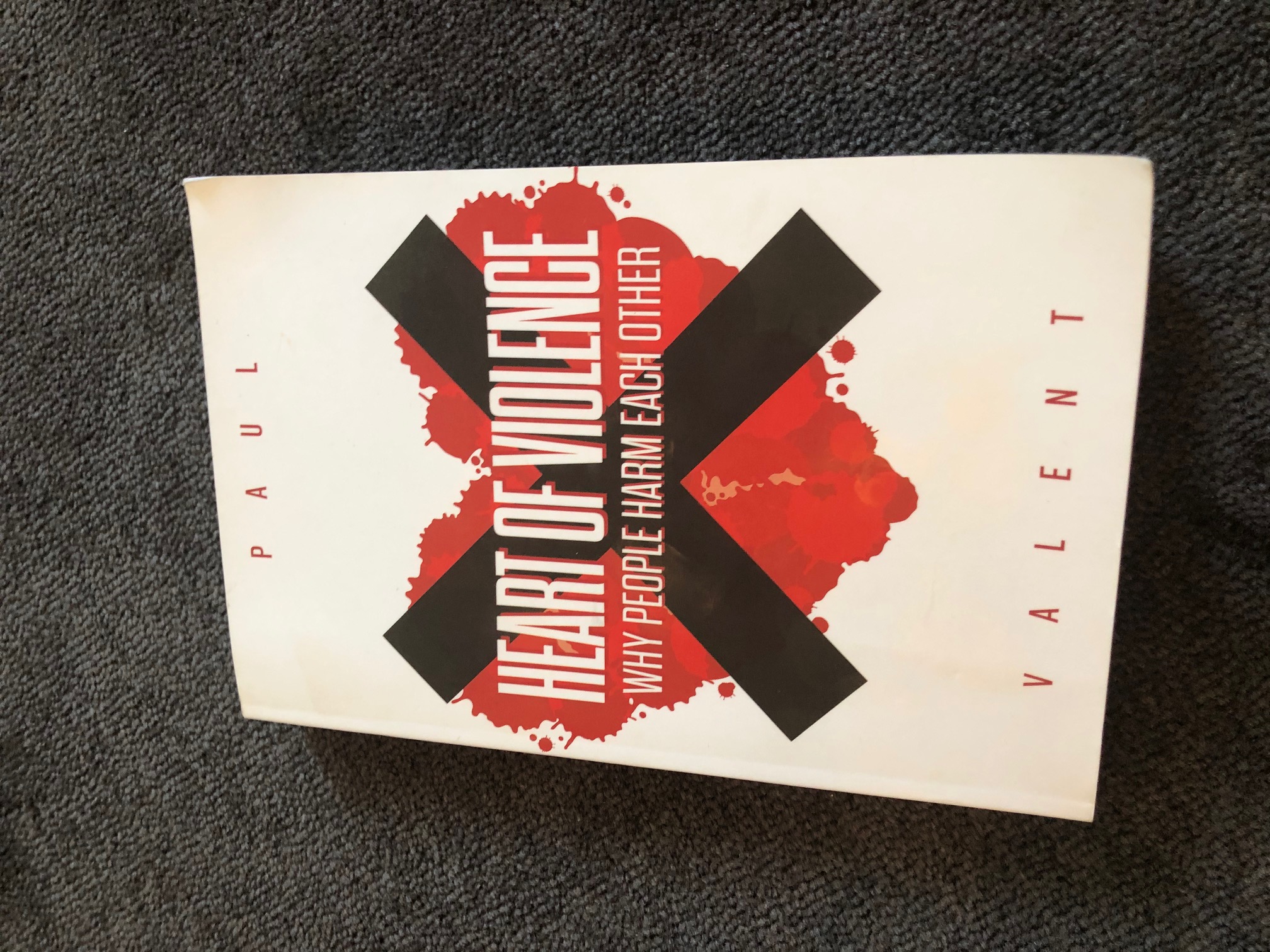 Does Violence Emerge from our Beastly Selves or from a Lack of Love?

Do you remember when you first experienced real harm at the hands of someone?  Most of us do remember the painful experiences of our childhood, when ‘spare the rod and spoil the child’ was a common method of raising the young.

In contrast, how well do you remember when you first hit or screamed abuse at someone, perhaps a sibling or a spouse, with a force that you later regretted?  Maybe it was someone you barely knew.

Do we choose to ‘forget’ the instances we have caused harm, because it violates our self-image?

Whether you are a victim or a perpetrator, or both, may be a fairly insignificant question in your life, because your experiences fall within ‘the norm’.  But extreme violence is a big part of our world, our society, and sometimes ourselves.   Without understanding how it originates and grows, we may be condemned to live with ever escalating violence.

Paul Valent, a psychiatrist and a specialist in trauma, has spent a good deal of his professional life treating people who have suffered some kind of traumatic violence. It all stems from being a child survivor of the Holocaust.  Not only was he overwhelmed by the sheer irrationality of Europe’s murder of 6 million of its Jewish civilians, but he has also been deeply disturbed by the more recent state-directed genocides, such as in Rwanda and Cambodia. 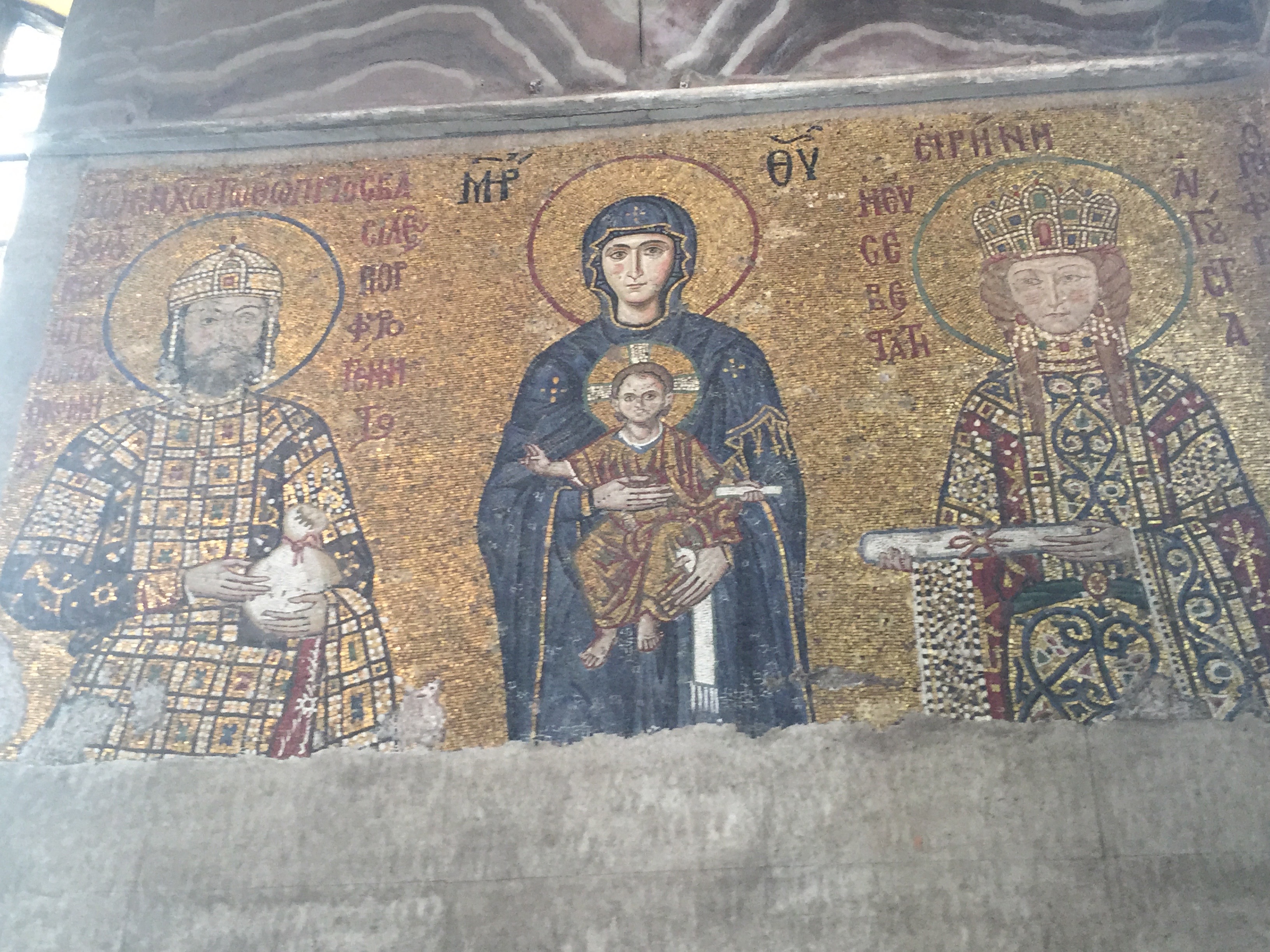 The Muslim practice of taking over churches and either eliminating their Christian features, or letting them go to ruin, is a particularly cynical practice, which is not only an act of religious triumphalism, but it has robbed the world of some of the most beautiful works of art.

A major act of cancel culture is happening right now and most of the people involved in the movement that is toppling statues across America and Britain and defacing them in Australia have not noticed or cared.  And those that have are probably cheering from the side lines, since it strikes a blow against Christianity.

Hagia Sophia, built in the 6th Century as the Cathedral of Constantinople, which stood as the world’s largest cathedral for a thousand years, is about to be ‘cancelled’ yet again by the Muslim powers that converted it into a mosque in the 15th Century.  At that time, its extensive and beautiful mosaics depicting the Christian holy family and the saints were plastered over when they were not entirely destroyed, and the iconostasis, the altar and bells were removed.  Islamic features such as the minarets were added and large black rondelles with verses from the Koran were hung from upper beams and cornices into the space.

In the early 20thC when Kamal Ataturk led the country in a secularising revolution, which demoted the theocratic rulers and separated church and state, Hagia Sophia re-emerged from neglect and the space was turned into a museum, a tourist attraction for Christian and Muslim visitors alike, and everyone else with an interest in history, religion and art.  By decree, it would no longer serve as a sanctuary for Muslim prayer, which allowed some of the mosaics to be uncovered. Ataturk was hailed in the Western world as a man who acted with the wisdom of Solomon, or more accurately, Sophia, the Greek word for wisdom, after which the Church was named.

Meditation and yoga are practised by millions of people who swear by the salutary effects of both.  But the figures who brought these practices to the West have not had such wholesome reputations.

As an undergraduate student in Montreal, I had a boyfriend who introduced me to meditation.  It was not something I was ‘in to’ but I was willing to give it a try, at least to keep him happy.   I liked him a lot, and we had very amusing times together, but he was not academically inclined.  I think he hoped meditation would slow down, if not stop, my intellectual preoccupation with religious studies.  Why study religion, he implored, when you can just be spiritual?

I was not convinced that they were separate, and this would eventually lead us to go our separate ways.   I believed that religion shapes the experience we call spiritual and much else besides, including the all-important moral choices we make.   And there were plenty of strange ones on view in the 1970s that raised a lot of questions in my mind. The nature of a religion surely owed something to its spiritual claims and aspirations.  At any rate, I was on a mission to find out.

Meditation, on the other hand, was touted as ‘religion free’ and came with the audacious claim that it was the high road if not the most direct path to ‘authentic spirituality.’ It was a convenient assertion since the mainly Christian and Jewish students on campus, who were willing to try meditation but were uneasy about abandoning their inherited tradition, were assured that would not be necessary.  What the gurus and swamis didn’t say was that it was close to inevitable.

Meditation’s only formal requirement to achieve union with the Divine, variously referred to as Brahman, the Godself or Nirvana (not the rock group), was to sit cross legged, eyes closed and chant a mantra like Om Mani Padme Om or just Om.  In one easy step the whole apparatus of religion, including its ordained ministers, doctrines and communal memberships, became irrelevant.

Or so it seemed.   What the young recruits barely noticed was that meditation was promoted by a whole new set of spiritual teachers, mostly Hindu or Sikh gurus and Buddhist monks, who ran ashrams and monasteries, and imposed strict daily regimes, rituals and dietary requirements on their adepts.  They also made frequent calls on your time, your money, if not your entire life.

In the meantime, the practice of meditation was intended to subdue ‘the monkey mind’ of incessant curiosity, remove all sources of intellectual doubt, and finally empty the mind of ego.   Those vaunted aims all struck me as entirely contrary to what I needed to progress as a university student.  To be sure, my ego got a battering from university professors and humility soon emerged as an indispensable aid to learning.  But the concept of treating thought itself as an obstacle to spirituality rather than a road to it was so foreign to me that I wondered why some people specifically sought it out.